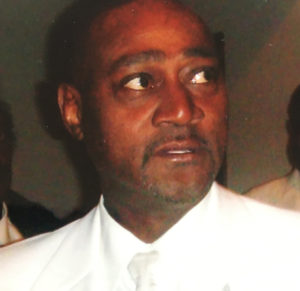 Nathaniel Hicks known as “Joe” was born in Duncan, Mississippi on April 10, 1959 to Arie Lee Hicks and Peter Carr. On February 9, 2020, Joe made his transition to be with the Lord.

Joe received the lord at an early age. In 1974 he moved to Chicago with his family where he attended DuSable High School, graduating in 1978.

In 1980 Joe met Veronica LeFlore and they were blessed with three children Quincy, Monika, and Mena. They lived in
Chicago for five years until moving to Elgin in 1985. Joe and Veronica were married later in their lives, in November of 2008. Joe worked for Fowler Tree Service for many years and also held other various jobs.

Joe was a caring and loving husband, father, and brother. He was very active in his children’s lives. He loved his whole family and he loved the Lord. Joe was outgoing, honest and respectful.

Arrangements have been entrusted to O’Connor-Leetz Funeral Home of Elgin, IL. Visitation will be held at Destined to Reign Church, 375 North Dr., South Elgin, IL on Friday, February 14, 2020 from 9:00 am until time of service at 11:00 am. Service will be officiated by Pastor Willie Tate of Progressive Baptist Church in Elgin. Burial will immediately follow the service at Bluff City Cemetery, Elgin.